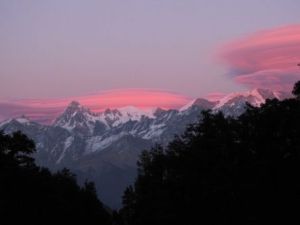 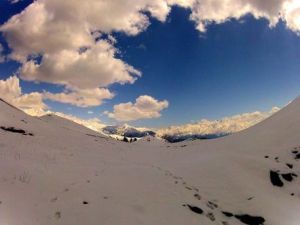 Posted by Jai Govind Meena on September 18, 2014 in Photography, Trekking

A long line of climbers follow each other up Mt. Everest. Image: Ralf Dujmovits.

8,000: Height in meters (approximately 26,000 feet) at Mount Everest’s “death zone,” the low-oxygen area above the last camp and before the summit where conditions become increasingly harsh.

19: Number of people who died in one year—1996, the deadliest ever on Mount Everest—during a trek chronicled by writer Jon Krakauer in Into Thin Air.

30: Number of minutes before a climber dies after contracting hypothermia on Mount Everest, depending on how fast his or her body temperature drops

200: Approximate number of total climbers who have died on the peak’s treacherous slopes.

4,000: Approximate number of people who have climbedMount Everestsince Sir Edmund Hillary and Sherpa Tenzing Norgay in 1953.

13: Age of Jordan Romero, the youngest climber to reach the summit, in May 2010.

76: Age of the oldest climber to reach the summit, Min Bahadur Sherchan, in May 2008.

73: Oldest Women climber to reach the summit, Tamae Watanabe on 19th May, she broke her own record set a decade ago at the age of 63.

21: Record number of successful climbs to the summit by Apa Sherpa.

Posted by Jai Govind Meena on May 24, 2012 in Adventure, Mountaineering, Travel

Four bravehearts from Maharashtra became the first Indians to summit Mt Everest this climbing season while another 80 Indian climbers are waiting on the lower slopes for their turn.

Four members of the Sagarmatha Giryarohan Expedition from Maharashtra summited the world’s highest peak, once virtually barred to private groups due to lack of funding, at 6.45 a.m. Saturday, said the team’s guide and Everest hero from Hyderabad, Shekhar Babu Bacchinepally.

“This expedition is dedicated to Ramesh Gulave,” said Shekhar, whose ascent in 2007 as an individual climber unsupported by any organisations inspired dozens of Indian Everest aspirants subsequently.

Gulave developed breathing troubles and other health complications last month after the expedition had flagged off and had to be airlifted to Kathmandu and flown to India for medical treatment. He died on April 27.

Shrihari Tapkir, a 28-year-old avid trekker and climber from Wadmukhwadi village in Pune, was one of the four summiters.

Tapkir is also one of the founders of the Sagarmatha Girayarohan Sanstha at Bhosari, which is now one of the leading adventure clubs in Pune.

Accompanying the ordnance factory employee on the 8,848 m peak were Sagar Palkar, 27, from Chinchwad, Balaji Mane, 34, from latur district, and Anand Bansode, 27, from Solapur.

Bansode also set a new Guinness World Record for playing music on the highest altitude with a concert at camp II of Mt Everest on May 6, at a height of 6,300 meters.

“It was a financial challenge,” said Shekhar. “Most of the climbers took personal loans while the rest of the money came from individual donors and a few groups.

“Most corporates shied away from offering sponsorship, thinking it would cost them Rs.3-4 million per climber.

“However, the boys did it on a shoe-strong budget of Rs.1.5 million per climber.”

Shekhar himself had been a shoe-string Everest conqueror who owned his boots to the Indian Army expedition at that time as well as weather forecast reports.

If the weather holds, the Pune boys will make another go later this week.

The Pune boys shared their feat with another record creator Saturday.

Tamae Watanabe from Japan became the oldest woman to tame the mountain.

The 73-year-old, who reached the top as leader of the Asian Trekking International Everest Expedition 2012, along with Noriyuki Muraguchi, also from Japan, recreated her own record.

Ten years ago, she had strode to the top to become the then oldest woman to stand there at 63.

India lost an opportunity for another record earlier this month with Delhi teenager Arjun Vajpai being forced to abandon his twin goal in China after developing breathing problems.

The 18-year-old, who holds the record for being the youngest Indian to summit Mt Everest, is now trying to become the first Indian to tame all 14 “Death Zone” peaks in the world towering above 8,000 meters.

He has summited Mt lhotse and Mt Manaslu besides Mt Everest but his attempts on Mt Shishapangma and Mt Cho Oyu, the 14th and sixth highest peaks in the world respectively, had to be called off.

The teen took it stoically.

“A good mountaineer is the one who is able to return back safely from the heights,” he said. “The mountains are always there, it’s not the mountains that one conquers but oneself.”

Posted by Jai Govind Meena on May 20, 2012 in Mountaineering, Renok Adventure, Travel

First time in History of India Civil expeditions from India announced the success. A dozen civilian mountaineers from Pune today reached the summit of Mount Everest, the world’s highest mountain at 8,848-metres. Sagarmatha Giryarohan Sanstha and Giripremi – the two Pune groups – announced success of their respective expeditions on their Facebook pages.  However Ramesh Gulave succumb to death from Sagarmatha Giryarohan Sanstha due to AMS.

This is the first time that civilian mountaineering expeditions have scaled the peak.

Posted by Jai Govind Meena on May 19, 2012 in Adventure, Mountaineering, Renok Adventure

India’s leading SUV manufacturer Mahindra & Mahindra’s second season of Mahindra Adventure will be held in June. This series that showcases the off-roading potential of Mahindra vehicles includes categories like Great Escape, challenges, Monastery Escape, Royal New Year Escape, besides three new adventures, viz, the 14-day Tri-Nation Escape that traverses Bhutan, India and Nepal, and the six-day Authentic Goa Escape and Wildlife Escape. Primarily designed for Mahindra vehicle owners, those who do not own one can also participate by paying a nominal fee.

The Great Escape participants can participate in an ‘Off-Roading Trophy’ later in the year.

“After the successful run of Mahindra Adventure Season 1, we are all geared to unveil the new season that promises even more thrills for the adventure seeker. The ‘Off-roading Trophy’ and international events make season 2 even more exciting and will go a long way in showcasing the tough and rugged capability of our range of vehicles,” said Vivek Nayer, Vice President, Marketing, Automotive Division, Mahindra & Mahindra Ltd.

Mahindra Adventure has also featured in the motorsport arena. After roping in drivers Gaurav Gill and Lohitt Urs, it has also got 2012 Dakshin Dare Rally winner Sunny Sidhu on board. The team will compete in India’s most popular motorsport events including Mughal Rally, Raid de Himalaya and Desert Storm.

Social-travel sites to try when planning your next trip

This week, travel review giant TripAdvisor announced a new feature which highlights reviews from people in your social networks, in the hope that it can make finding the best travel advice easier and more fun.

It may boast 50 million users, but it’s by no means the first company to pursue the holy grail of using the internet to help us tap our virtual friends in a bid to travel better. Here, a look at some of the best sites out there for social travel inspiration:

Wanderfly
The latest version of Wanderfly launched last month with a new emphasis on ‘visual travel discovery’, as well as its clever mix of suggestions from tastemakers and friends from Facebook or Google contact lists.
http://www.wanderfly.com/

Trippy
Trippy has unashamedly taken a leaf out of Pinterest’s book, breaking down travel ideas into a pinboard and allowing users to repin their own favorite places.
http://www.trippy.com/

Triptrotting
With the tagline ‘not just another clueless tourist’, Triptrotting helps users scour their social networks in search of people they know to get advice, recommendations and even a bed for the night.
http://www.triptrotting.com/

Gogobot
Gogobot makes it easy to instantly see where friends have traveled to, displaying destinations, ratings and questions on a simple, Facebook-style feed for users.
http://www.gogobot.com/

Twigmore
Twigmore helps travelers to form a ‘friend-map’, connecting them to potential friends at destinations to ensure that they know people on the ground. It’s powered by Facebook.
http://www.twigmore.com/

TripAdvisor
The travel review giant’s new ‘Friends of Friends’ service automatically elevates reviews on its site which come from direct friends or people who know your friends, before allowing users to send messages to get further information if necessary.
http://www.tripadvisor.com/

Tripalong
Makemytrip forayed in social travel lets you find your friends on the flight you are on.

Valley of Flowers – The Paradise on Earth

Valley of Flowers trek is located in Chamoli Garhwal in the state of Uttarakhand, in NDBR region (Nanda Devi Bioshpere reserve). About 595 kilometres from Delhi, the altitude of valley of flowers Uttaranchal varies from 3,200 m to 6,600 m.

The stunning landscape of The Valley of Flowers National Park in northern India’s state of Uttarakhand, bordered by Nepal and Tibet, comes alive with the monsoon rain. This high-altitude Himalayan valley has around 300 different varieties of alpine flowers, which appear as a bright carpet of color against a mountainous snow capped background.

Here are the pictures from my last visit.

Flower in Valley of Flowers 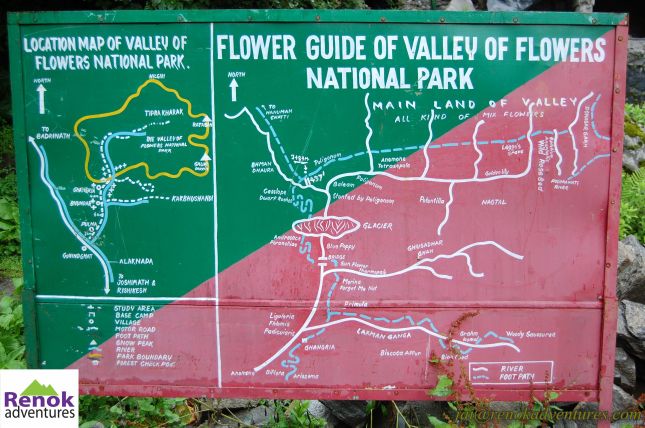 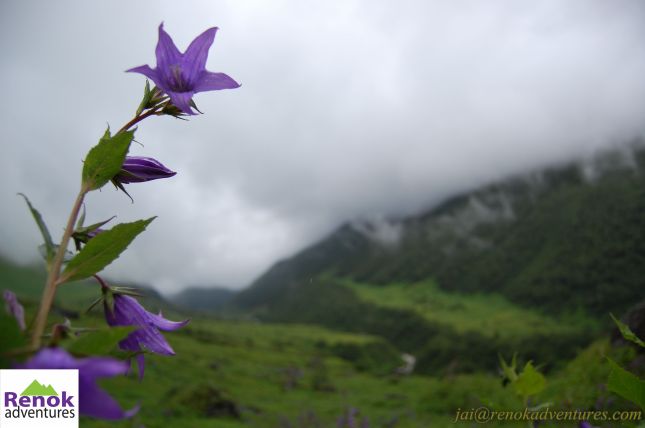